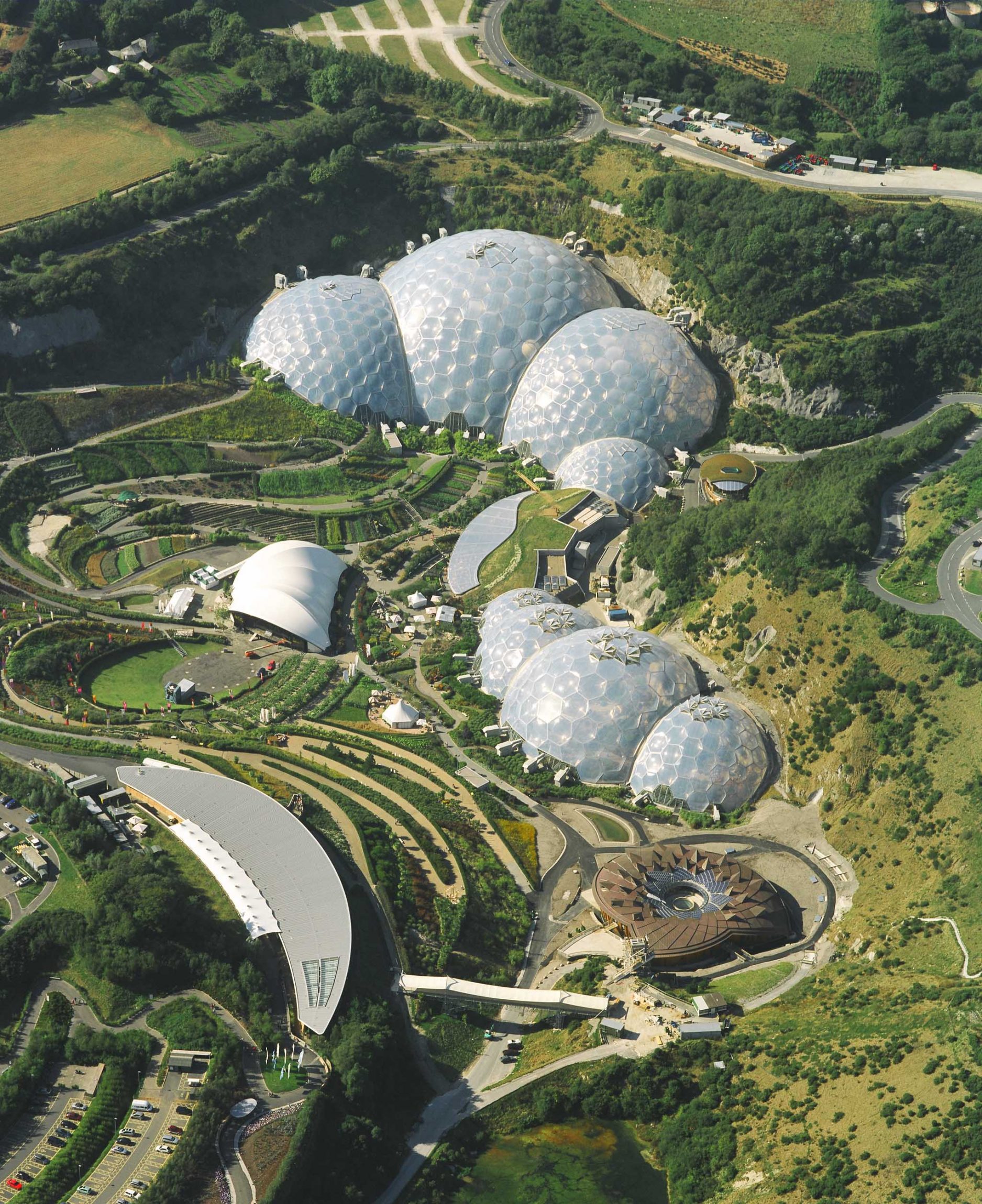 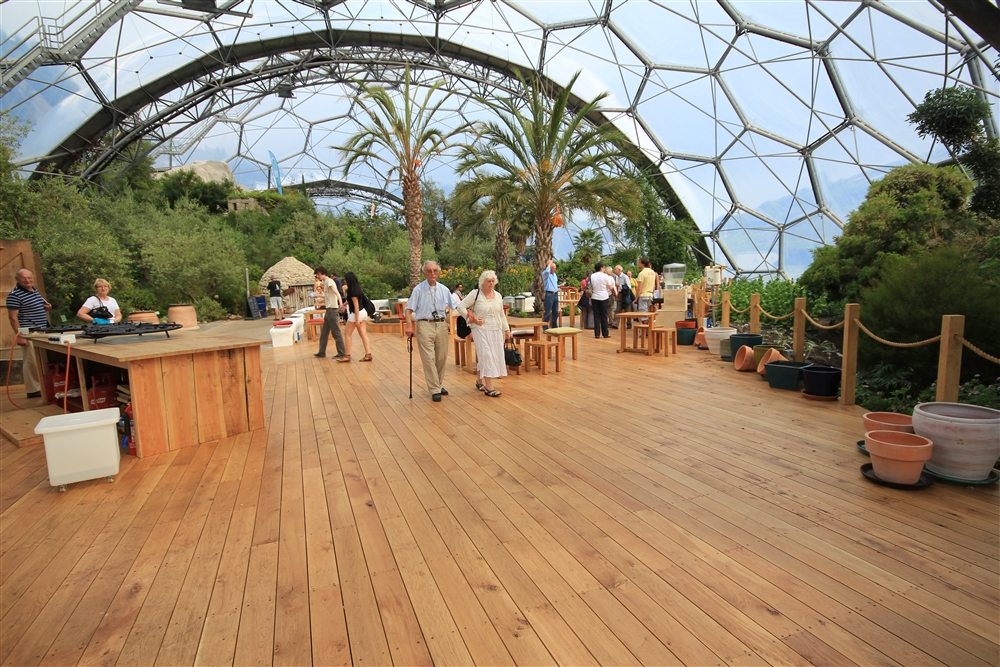 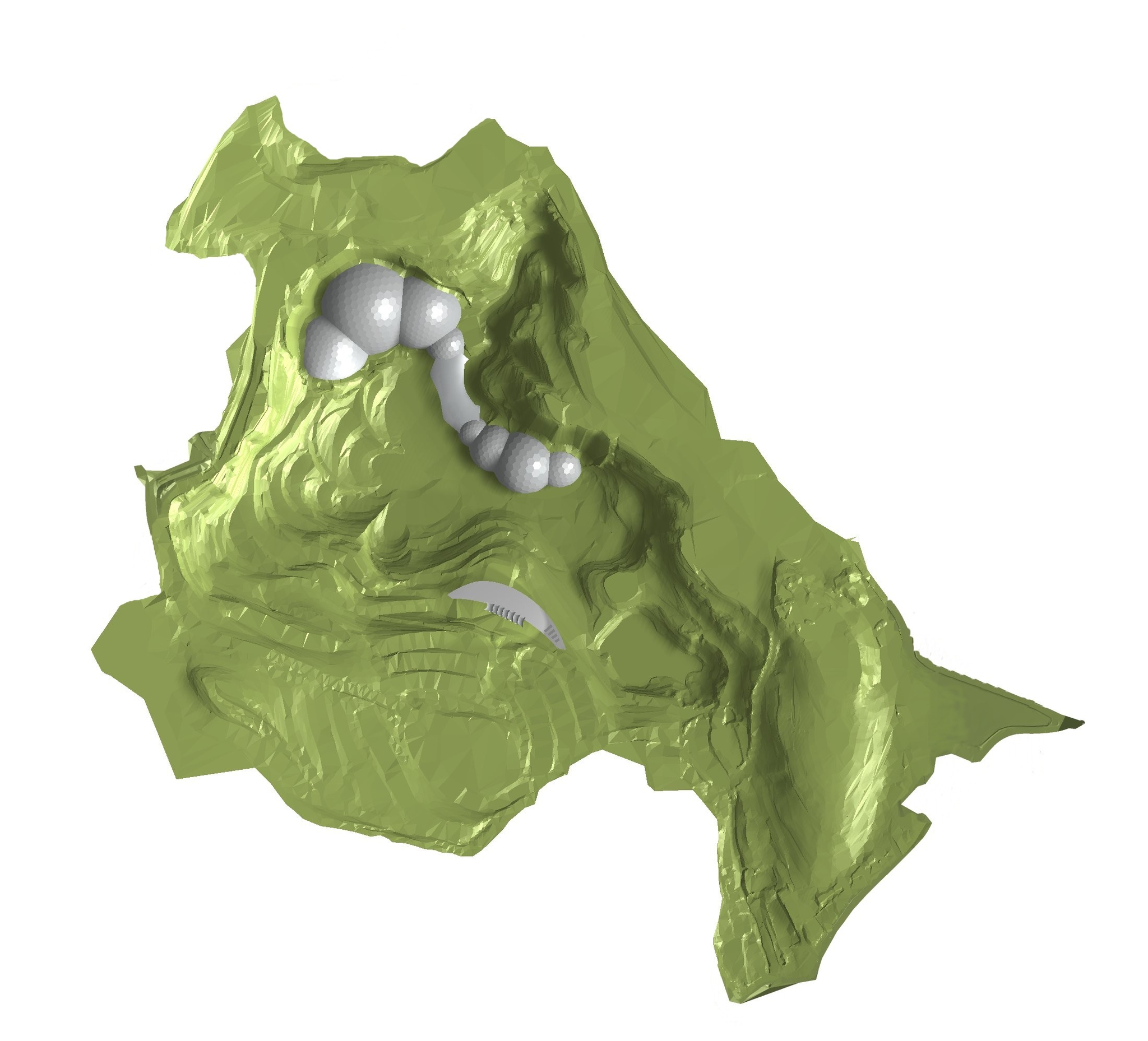 The directors of Infrastructure Design Studio were the civil engineers who brought this amazing project through concept development to construction of all five phases of development. Once the site had been purchased, our initial task was to create a 3d digital terrain model of the former china clay quarry using aerial survey data. Working with LUC; the landscape architects, a proposed ground model was created that not only balanced 800,000m3 of earthworks but also provided the optimum site topography to accommodate extensive planting areas and routes for visitors to move about the site in comfort. We also worked closely with the design team and contractor to develop a methodology for the construction of the biome structures, visitor centre and various ancillary building on the precipitous slopes around the quarry perimeter. This required extensive slope stabilisation using a wide range of rock bolting, soil anchoring and erosion prevention techniques developed in conjunction with local engineers John Grimes Partnership.

We were also responsible for design of all the access roads, car parking and coach parking facilities together with the foul and storm drainage installations, which on a site sunk into the ground some 30m below the natural water table, were extremely challenging.

Once the project had opened in 2001, visitor numbers soared above 1million per year and staff employed by the project reached about 500. This placed a huge strain on the original infrastructure and we were retained to engineer various additional facilities including new access routes, park and ride systems, large areas of car parking, flood prevention works a major new education building ‘The Core’ and staff buildings.

We have recently been involved in some enhancements to the Mediterranean Biome with Ease Project Management. The works involved creating a large performance/catering space inside the Biome that expands the flexibility of the space for functions and events including weddings.