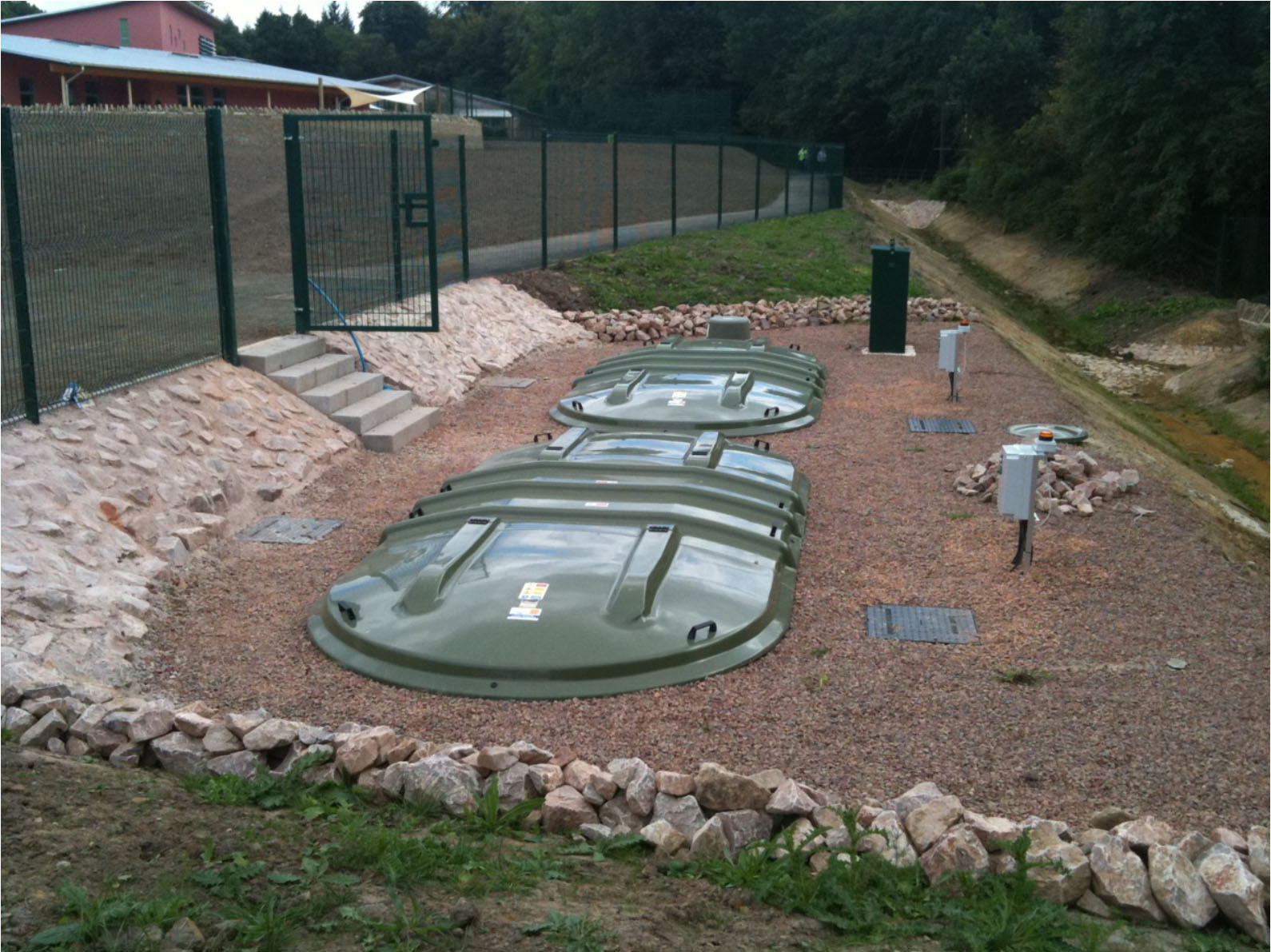 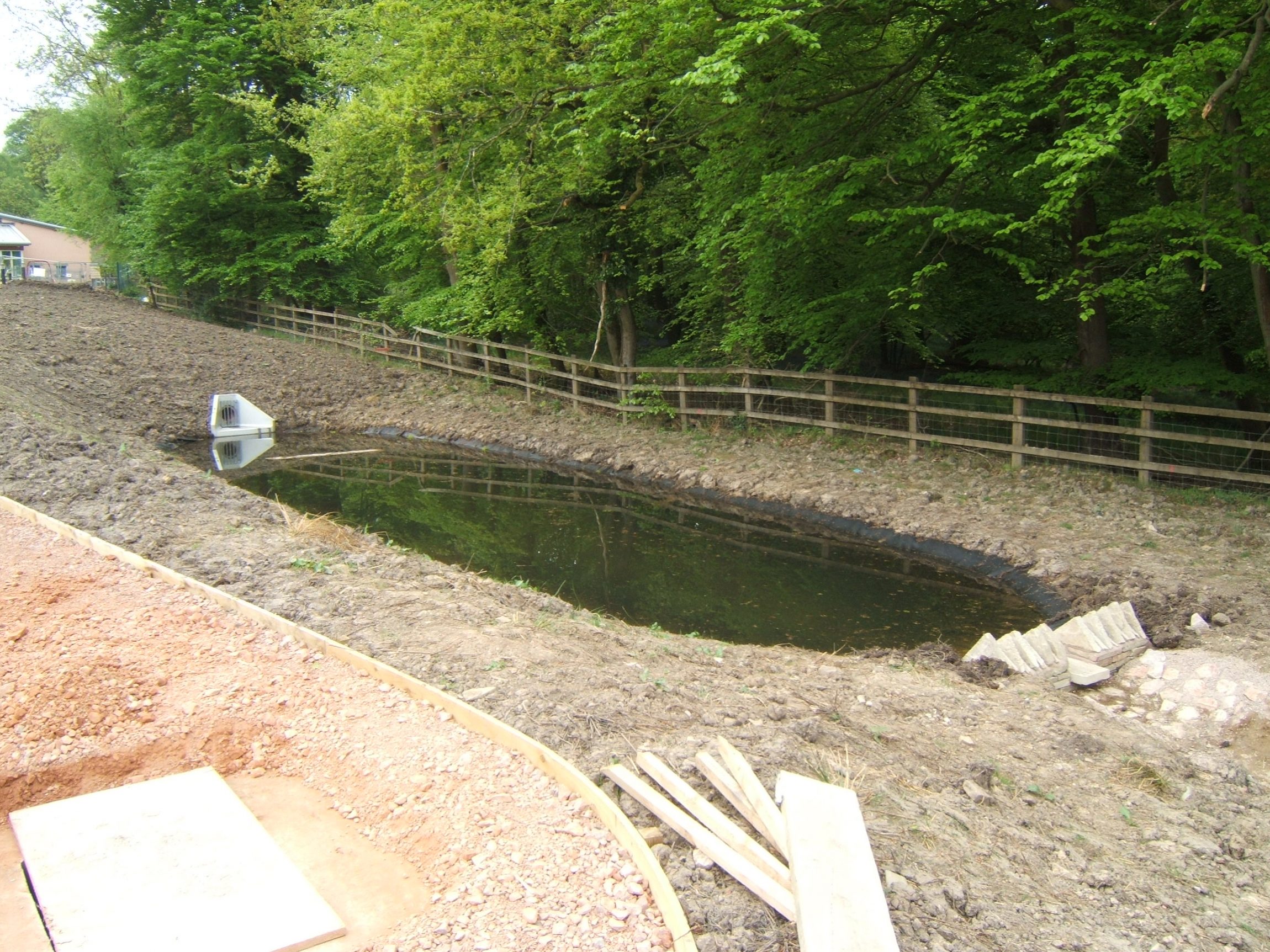 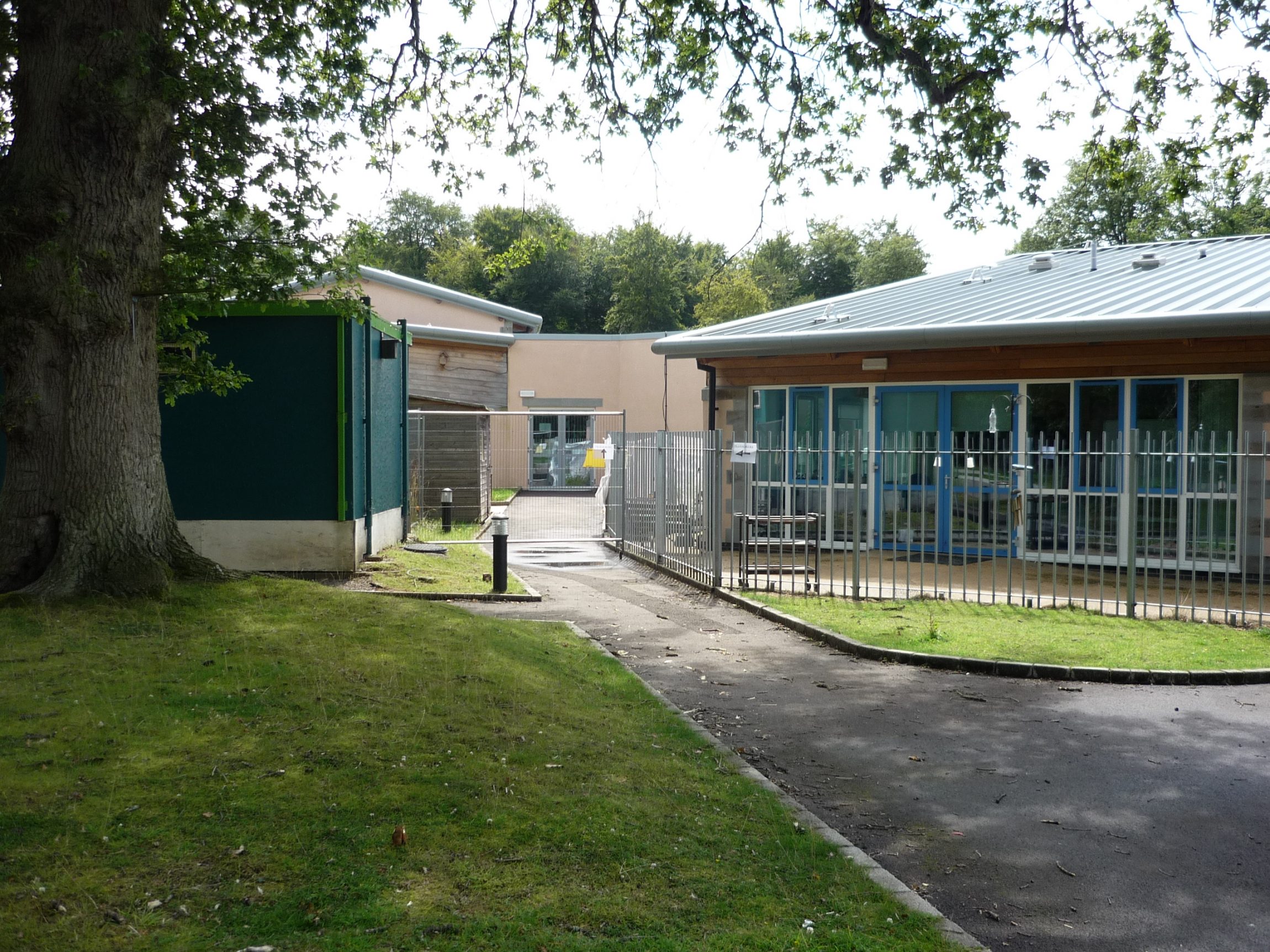 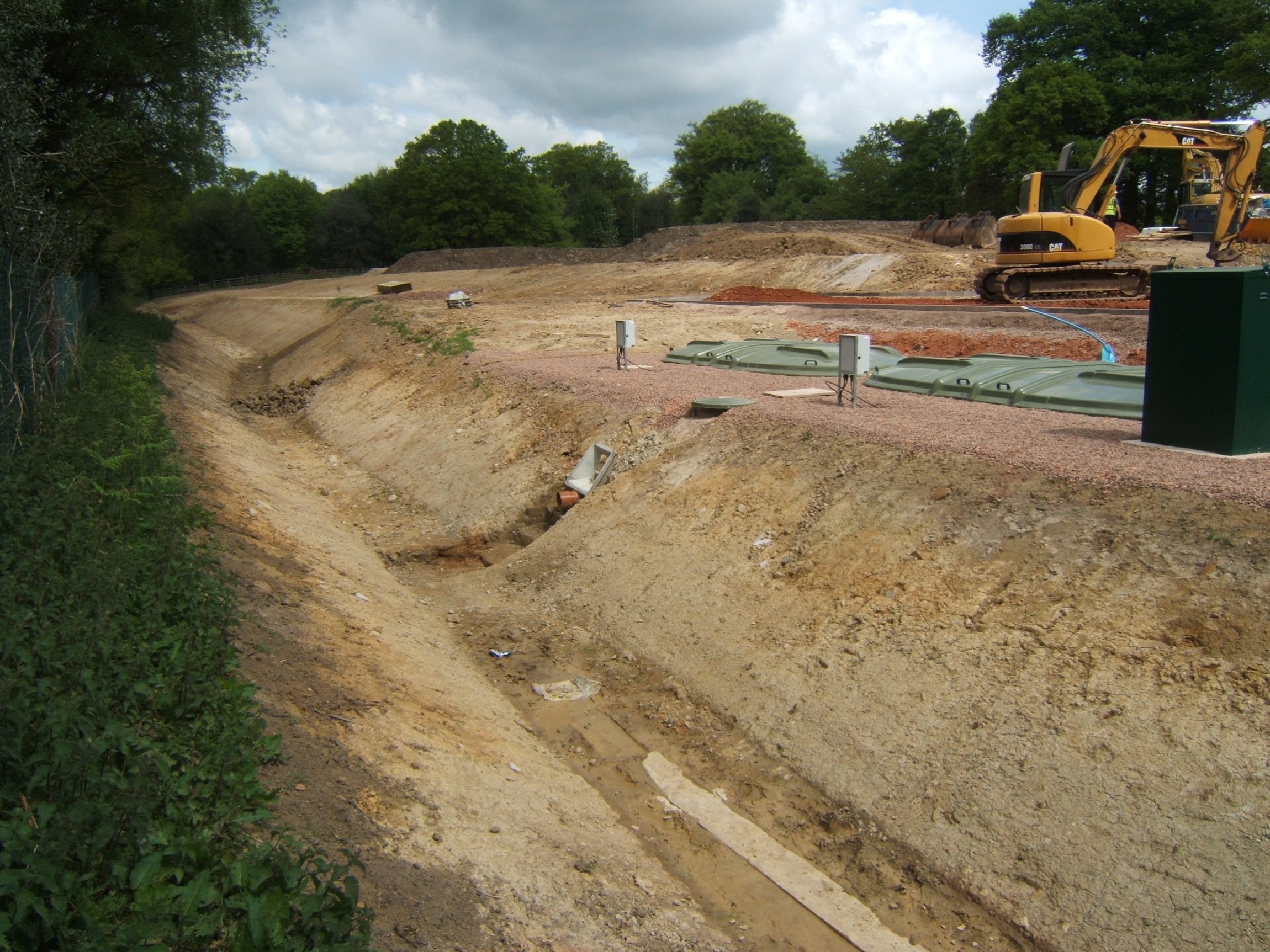 This project is the second phase of redevelopment on this site, with a possible third phase of works to come. It comprised the formation of a new 16+ age specialist education facility with additional assembly hall space, extensive re-modelling of the external areas including forming a new entrance and one way traffic management system. A new multi-use games (MUGA) area, outdoor recreational facilities, playing fields, site paths, swales and ponds are also included.

Our role on the project was in support of Structural Engineers O’Brien & Price Stroud and involved flow modelling of the existing site drainage prior to widespread upgrading of the existing drainage system. A new sewage treatment plant replaced the ailing existing plant whilst at the same time picking up flows from the new school buildings, which were at a lower level than the existing.

Extensive SUDS elements including a pond and a linear swale on the site boundary have been designed to accommodate 100 year stormwater flows in order to protect the sensitive woodland environment downstream of the site. The drainage system has contributed to the achievement of BREEAM excellent rating for the development.

Another aspect of our role was to carry out a ground modelling exercise in order to deal with a large spoil heap that had been left from a previous construction phase. This allowed the design build contractor Speller Metcalfe to create the new playing field and MUGA area with a balanced cut & fill thus avoiding costly earthworks disposal.