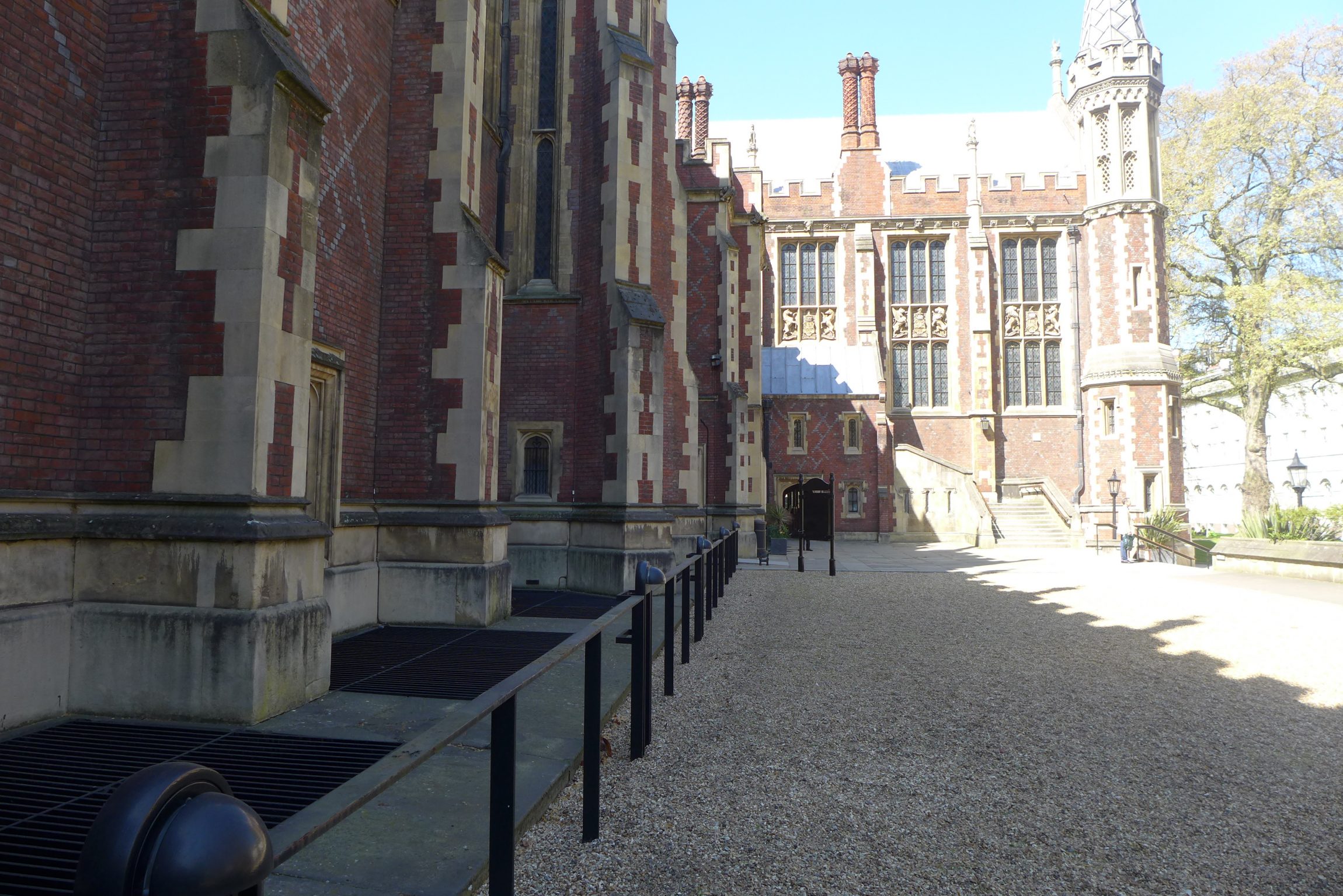 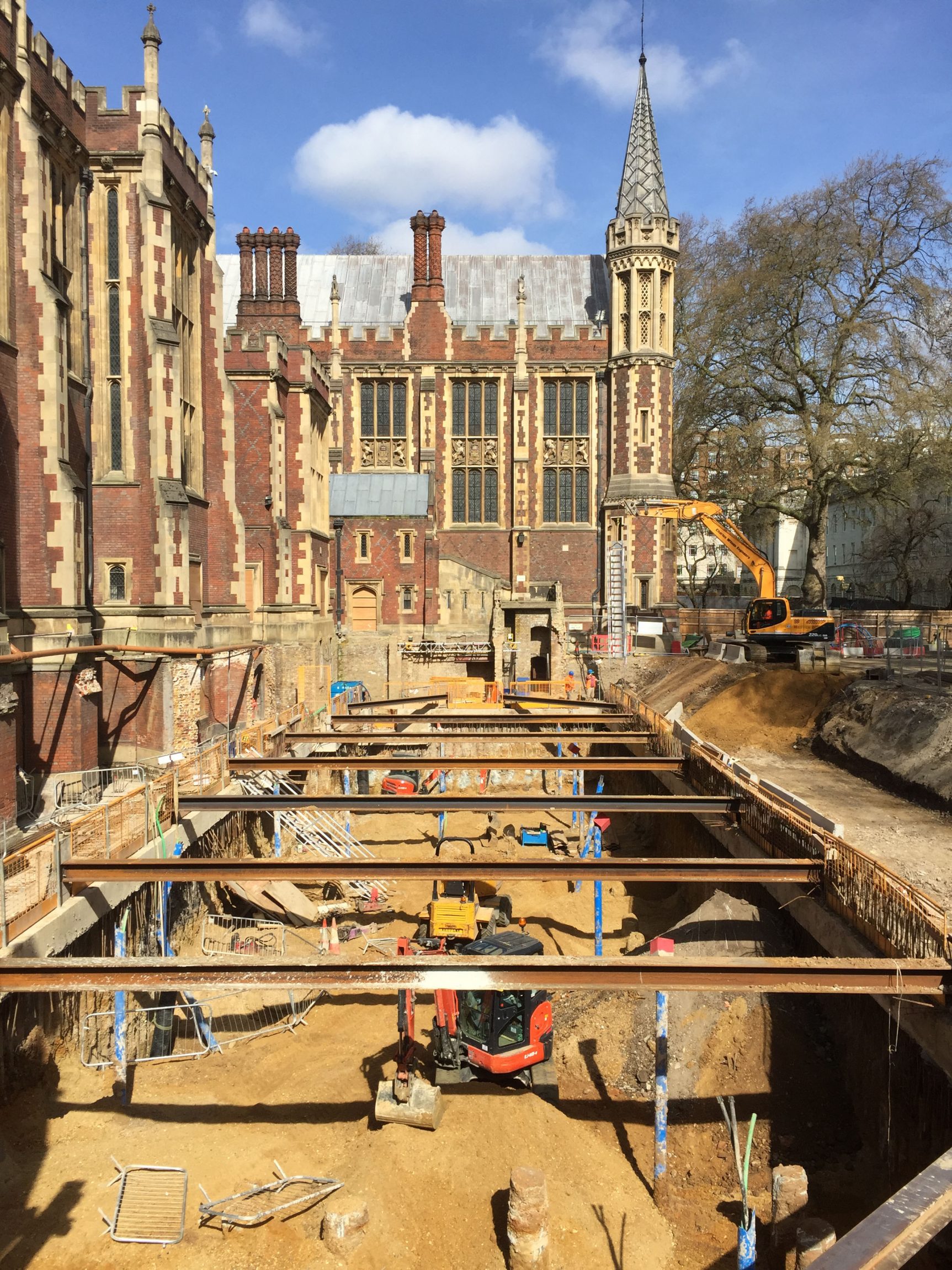 The Honourable Society of Lincoln’s Inn sought to significantly improve the dining, education, lecture, library and administration facilities of this historic central London site in Holborn, which the Society has occupied since 1422.

Development has 3 significant areas, being major refurbishment to the existing buildings involving a new basement, commercial kitchen and updates to external plant areas. To the north of the existing buildings a large basement library is being constructed beneath landscaping. To the East of the building lecture halls and education facilities are being provided in a 2 storey deep basement beneath an existing terrace area.  On completion much of these areas will be reinstated in such a way that they blend back into the existing site, with minimal visual impact.

Infrastructure Design Studio was appointed by Eckersley O’Callaghan Engineers to provide a review of the existing historic drainage and provide a solution to bring this up to modern standards whilst integrating the new building elements.

Much of the existing drainage was found to be in very poor condition with dilapidated cast iron drainage carrying a mix of storm and foul run-off which exacerbated grease blockage issues.  There were also problems to overcome with proposed new basement structures cutting off drainage routes and the entire drainage system was carefully scrutinised by planning and the LLFA.

The design produced by IDS has sought to minimise on site flood risk, upgrade the existing drainage, incorporate soakaways and recycling where possible, whilst coordinating with the considerable existing site constraints and exacting architectural aspirations.